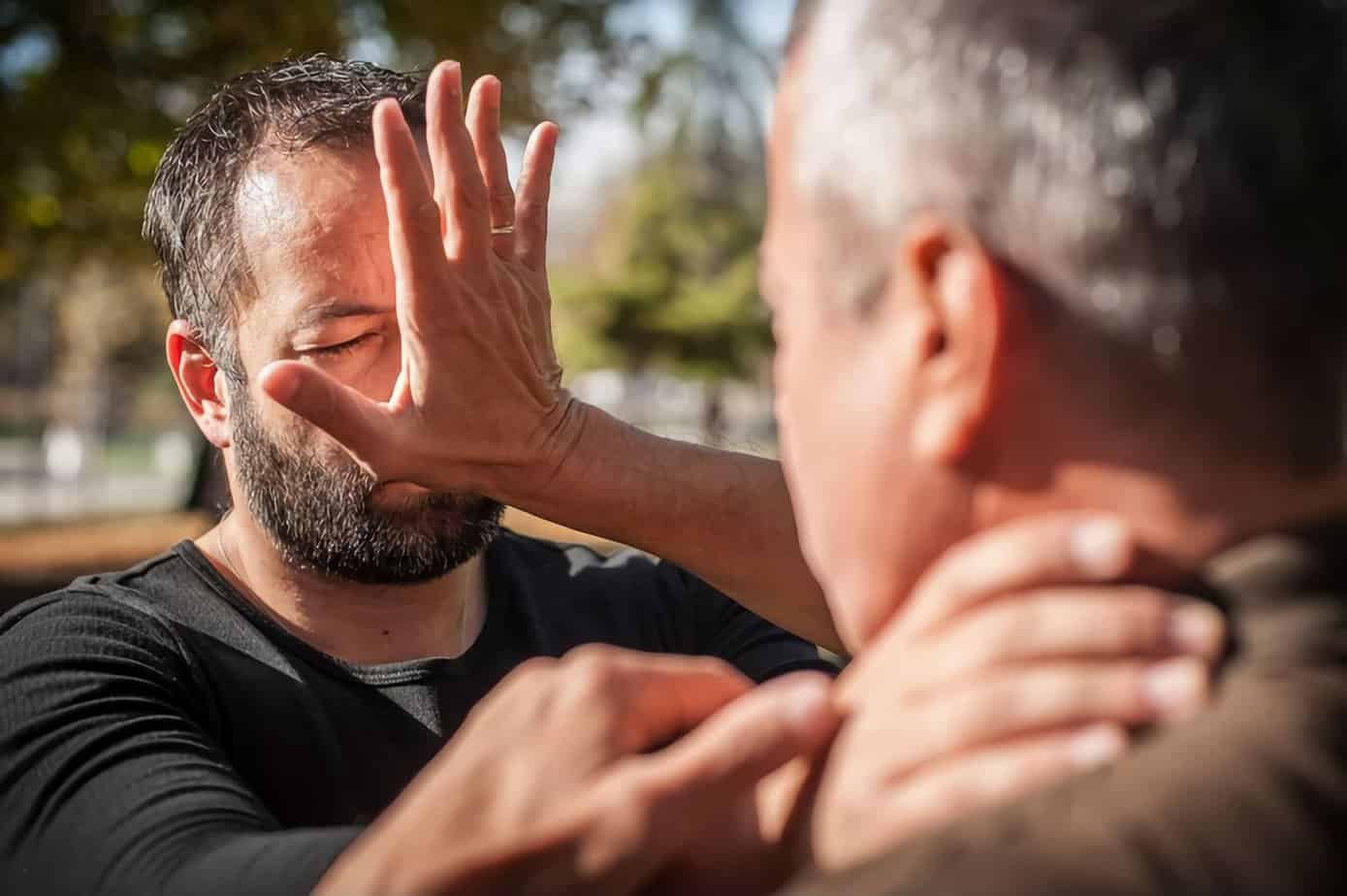 A firearm is usually your best option if you find yourself in a critical situation and need to defend yourself against an attack. However, carrying a firearm is not always an option, and it’s worth looking into other pocket defense options.

A handgun is a potent weapon that allows you to be effective while keeping a safe distance from the aggressor. It also does not necessitate a high level of strength or dexterity to be effective.

However, there are several reasons why someone may be unable to carry a firearm. Perhaps they live or work in a location where it is prohibited. Perhaps they are unable to obtain the necessary permit or license due to a youthful blunder.

In any case, other defensive options are available. They may not have the range or punch of a handgun, but they can still be effective.

Be prepared to handle a conflict

Prior to engaging in any type of conflict, it is critical to clarify what you may need to do in order to win. Violent encounters do not occur in real life as they are depicted on television or in movies.

They are fast-paced, at times confusing, and frequently brutal affairs. There is no time for doubt or hesitation. You must be ready to act quickly and decisively.

One disadvantage of not using firearms is that you will have to get up close and personal with the attacker. You’re obviously close enough for them to grab you if you’re close enough to use a knife or other weapon. The defensive tactics you employ must be aimed at disabling the attacker as soon as possible before they gain the upper hand.

No such thing as a fair fight exists. The only rule you need to keep in mind is that there are no rules to follow: do whatever it takes to win. The ultimate goal is to be present when the sun rises the next morning.

Inflicting intentional harm on another human being does not come naturally to many of us. It’s normal to feel uneasy at the prospect of striking an attacker in the face with a slingshot or severing an artery or tendon with a sharp blade. But make peace with the fact that such actions may be required to protect yourself and your loved ones. 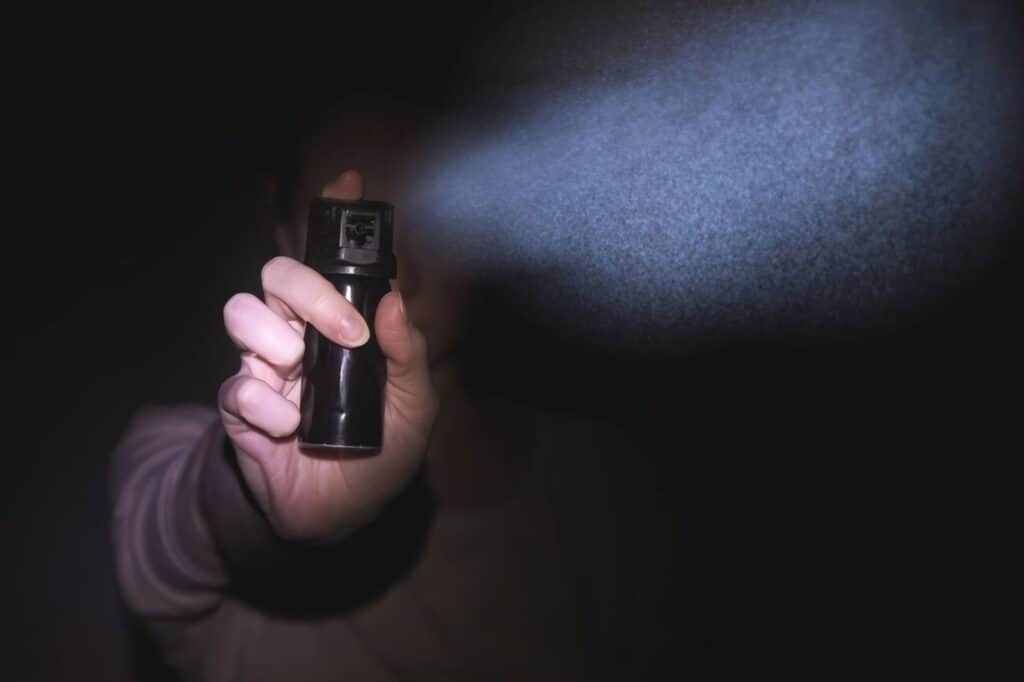 Capsaicin, the active ingredient in pepper spray, is the same stuff that makes you crave buttermilk after ingesting your fifth ghost pepper.

Pepper spray is occasionally marketed as OC spray. The abbreviation “OC” stands for oleoresin capsaicin. Without getting too technical, oleoresin refers to an extract obtained through the use of evaporated solvents rather than steam distillation.

Pepper spray causes the eyes to close and tear, the skin to burn, and breathing becomes difficult. These effects typically last 30 to 45 minutes, giving you enough time to take additional action, such as fleeing. Some sprays also contain dye, which makes it easier to identify the attacker later on.

Various measurements are supposed to indicate how effective the spray will be. The “Capsaicin and Related Capsaicinoids” (CRC) measurement is the only one that truly matters. This indicates how much of the OC is capsaicin. Look for a CRC of at least 1%.

The delivery system is another factor to consider when using pepper spray. A stream is far superior to spray or fog. It is simpler to aim and less likely to blow back at you. Learn the effective range of your pepper spray product and how to accurately estimate that distance. If the range is 12 feet, go outside with a partner and measure it so you can get a sense of it.

Electroshock weapons work by using an electric current to cause debilitating pain and temporary paralysis. Stun guns come in a variety of shapes and sizes, ranging from basic black boxes to lipstick tubes.

They are all equipped with two metal prods that protrude from one end. The prods make contact with your attacker, and you activate the current by pressing a button. The circuit is completed by their body. Stun guns can also penetrate clothing.

The disadvantage here is that you must be within arm’s reach to use a stun gun effectively. While the current will not travel back to you if they grab you, they could still cause some damage if they don’t go down right away. If you’re close enough to touch them, they should be able to touch you, right?

Tasers, on the other hand, provide a bit of range. A Taser discharges a pair of hooked metal probes connected by thin wires. The probes attach to the skin or clothing and conduct a current through the body. The advantage is that a Taser will illuminate them like a Christmas tree.

The Taser is ineffective if one of the probes misses or is yanked free. Tasers also employ single-use cartridges that must be replaced after use. Some of them include a stun gun feature as well, giving you that option if necessary.

If you want to consider this option, I recommend getting the Taser Pulse Self-Defense Tool since it’s one of the best Tasers I have come across. It has a laser sight, which is a significant advantage in a high-stress situation. It has a 15-foot range, allowing you to reach out and touch someone before they reach for your arm. The charge lasts 30 seconds, giving you enough time to plan your next move. 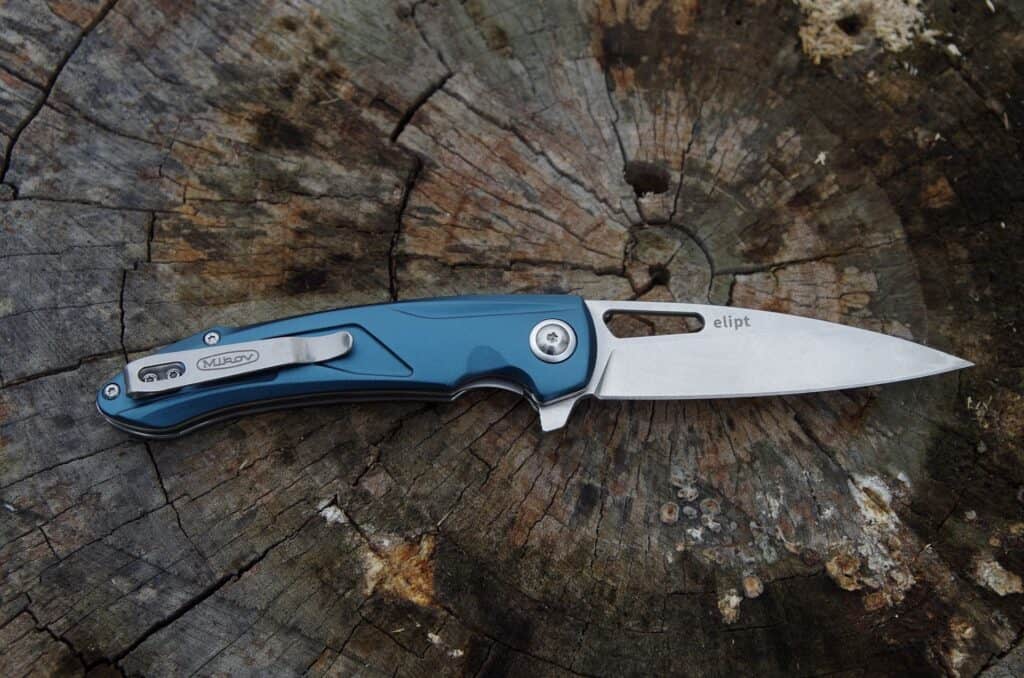 The geometry of the blade is one of the most important factors to consider when selecting a self-defense blade.A thick blade with a short grind will not perform as well in a fight as a thinner blade designed for slicing.

Here’s a good example: Carve a chicken or steak with your battle knife at the dinner table. If it works well in that capacity, it will also work well on an attacker.

It should also have a sharp point that allows the knife to sink deep into the attacker when stabbed. Unlike what Hollywood would have you believe, the knife does not have to be a foot long.

A three-inch-long blade can penetrate deeply enough to strike something vital. Remember, too, that the more stabbing and slicing you do, the more likely you are to hit tendons and large blood vessels, which will slow down or stop your attacker completely.

Another thing to consider is the shape and design of the knife’s handle. You’ll need something to keep your hand from sliding up onto the blade, such as a guard or finger groove.

The handle should be long enough to allow you to grip it comfortably and securely. The handle material should be textured to ensure a firm grip even when wet. The idea here is to keep the knife in your hand throughout the fight.

These are typically made of steel, though plastic versions are available. They only serve one purpose: to pierce your attacker.

The spike is sometimes triangular in shape, allowing for fast and deep penetration while still providing a powerful weapon. To use, make a fist with the spike and stab it into your attacker’s face or body.

Multiple strikes increase the weapon’s effectiveness. It will take practice to be able to quickly stab into a target, pull the spike out, and stab again. 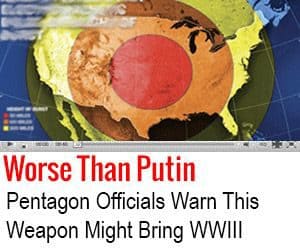 These have grown in popularity in recent years. The basic idea came from the kubotan, which was released in the 1970s. The weapon is a solid cylinder that can be held in one’s hand and used in a variety of ways, including striking and gouging. In this case, the weapon can also assist you in writing your police report describing the altercation.

One of the most fundamental techniques is to use an icepick grip on the pen and stab or strike your opponent. It’s worth noting that if the pen is large enough, it can protrude from both sides of your fist, allowing you to strike from multiple angles without having to reposition the weapon.

The eyes, neck, and genitals are prime targets for the pen. If you can’t swing your arm, try pushing and grinding the pen into your attacker.

While any weapon is preferable to none, don’t expect a disposable plastic pen to withstand such abuse. Tactical pens are frequently made of aircraft-grade aluminum and have knurled bodies for a secure grip.

I personally recommend the CRKT Williams Tactical Pen 2 when it comes to tactical pens. Both my wife and I have one of these, and they are great. They are made of aircraft-grade aluminum and are of high quality both inside and out. When used correctly, this weapon can be very effective while remaining low-profile enough to go unnoticed by almost everyone.

Many pocket-sized flashlights are now designed to double as a self-defense weapon. They frequently have crenulated heads and are intended to be used as an impact weapon, much like a tactical pen.

With recent advancements in LED technology, the lights are frequently bright enough to truly dazzle the aggressor for a moment, giving you time to either further your own attack or beat feet. 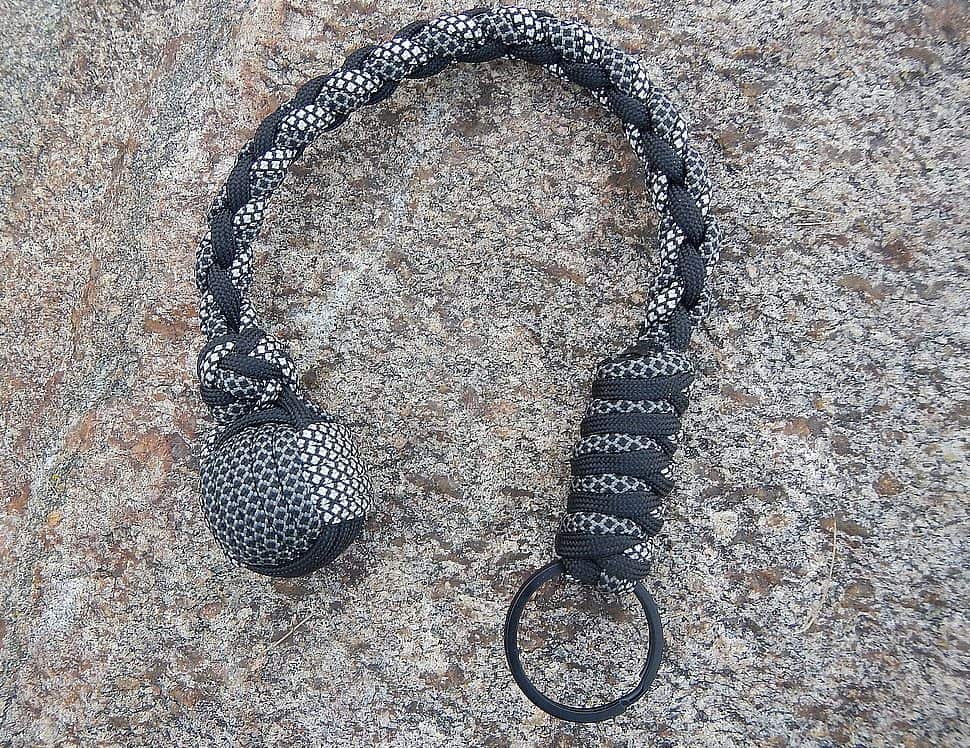 A slungshot, as opposed to a slingshot, which uses elastic to launch a projectile, consists of a weight held at the end of a flexible material such as cordage. The weight is swung at the attacker, aiming for the face or groin.

A popular type of slungshot is a monkey-fist keychain. When used correctly, the slungshot is not spun around several times before striking. Instead, you simply grasp the loose end of the cordage and swing the weight forward, exerting some effort as if swinging a hammer.

Self-defense is glorified in movies and on television. Any physical altercation is brutal and ugly in reality. It will require you to do things that you may find offensive otherwise.

But keep in mind that your family and other loved ones are counting on you to do whatever it takes to be there for them the next day. Take no chances and stack the odds in your favor by arming yourself to your fullest potential.

10 Reliable Pocket Pistols For Your EDC

1 thought on “Pocket Defense Options Worth Having”