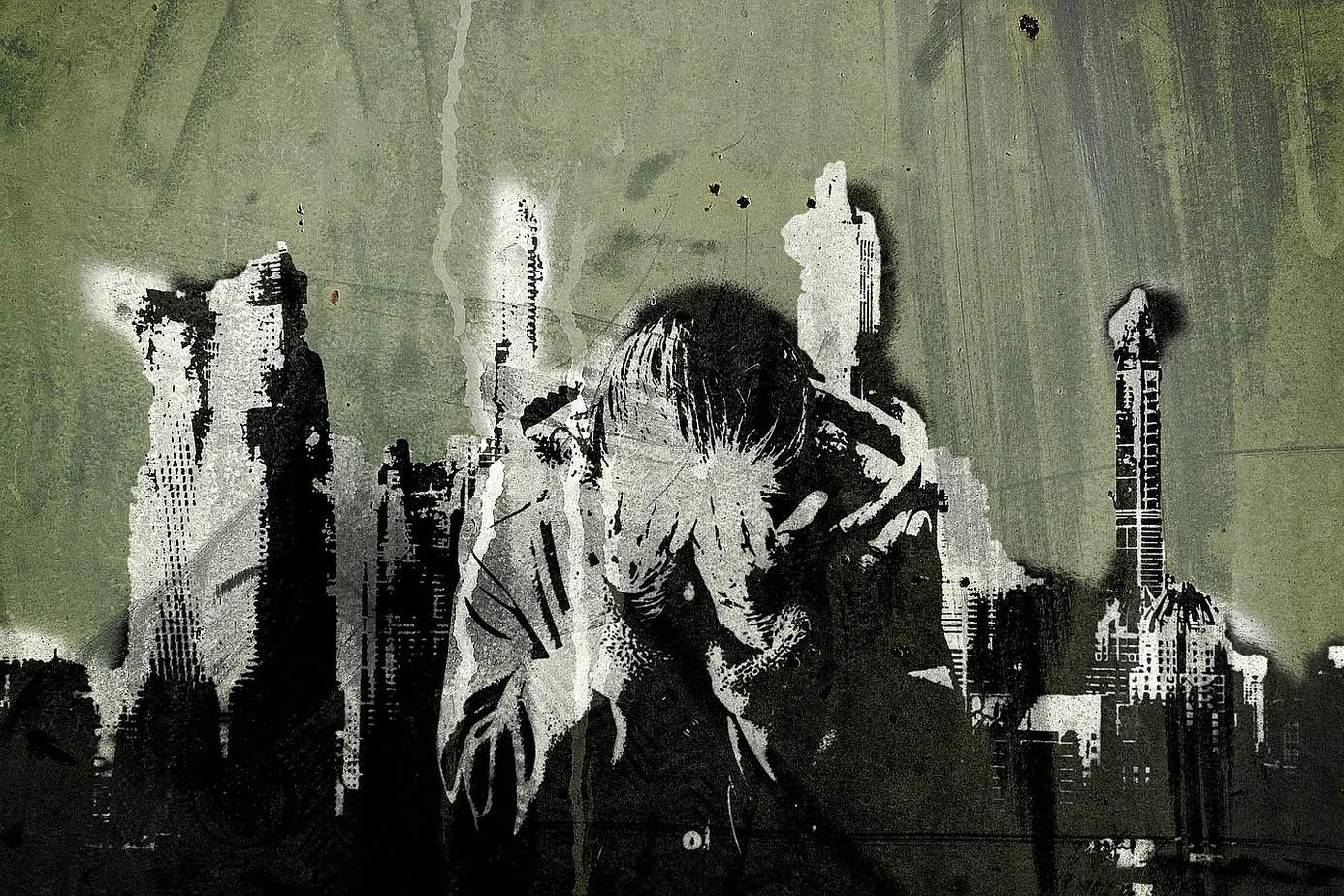 In all the known history of our planet, there have been five mass extinction events. Will there be a sixth one that could lead to the extinction of humans? Let’s look at possible events that will most likely destroy the human race and perhaps, get a better understanding of the emergency preparedness mentality.

It is estimated that around 252 million years ago, the largest mass extinction of life on Earth occurred. It was named the “Great dying” because 96 percent of all marine species and around 70 percent of all terrestrial life forms died. Scientists say it took the planet 10 million years to recover.

That’s simply unimaginable for most people, but that’s not the bad news. In fact, nowadays, many scientists say that we’re on track for the sixth mass extinction event, one that is likely to kill most humans. We go on with our daily lives, and we have no idea that in the near future, it may all come to an end with little to no warning time. Have you ever wondered which are the culprits that can lead to such an extinction event?

Today, there are some certainties to the extinction of mankind, and yet these events that can lead to our demise are somehow kept under control or, luckily for us, they haven’t happened yet. Volcanic eruptions, nuclear war, changing environments, global pandemics, and many more could wipe us out easily.

There are various movies giving us a taste of what an extinction event will bring, and we’ve been planning our end since always. The Road, Children of Men, Armageddon, War Games, and The Day After are just a few examples of movies that show us new situations, all of them always leading to the same result, the fall of mankind.

In my opinion, here are the main, practical ways that could lead to the human population on Earth to become extinct. 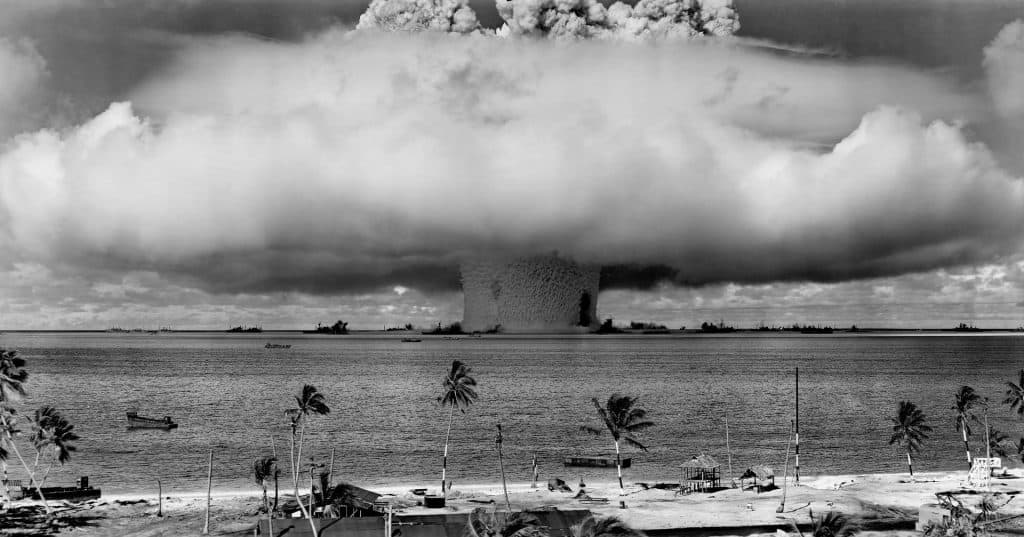 There are certain countries that have a large arsenal of nuclear bombs, and most of these countries are not so friendly to the U.S. The detonation of a nuclear device can lead to a 100 percent fatality rate in the blast zone that stretches out to a radius of a few miles.

The problem with “nuclear aggression” is that it can cause a chain reaction and lead to an all-out nuclear war. Once the first rocket is launched, others will follow, and such a war will consume the entire planet.

Besides the high death toll, the biggest issue could be nuclear winter. For the survivors in the aftermath of a nuclear war, the clouds of dust and smoke that were caused by the blast will create a mantle over the entire planet and block the sun for years. The temperature will drop, and almost all plants will die quickly since they won’t get enough sunlight.

And for those that think such a scenario is nothing more than a movie script, all they have to do is look at the world’s nuclear arsenal. It is estimated that Russia and the United States have around 7,000 warheads each. Besides these large collections, there are countries such as France, the UK, China, India, Israel, Pakistan, and North Korea, that all have a good number of warheads. Conflicts between these countries can cause a spark that will lead to an all-out launch.

And let’s say the leaders of these countries will be able to keep their emotions and grudges in check; there’s no telling when an accidental launch, a cyberattack, or even a simple case of miscommunication between two counties can lead to a nuclear war. On a few occasions, we narrowly avoided nuclear weapon responses in the U.S. and Russia due to events that the governments of the two countries later found out were false alarms.

Compared to nuclear weapons, biological and chemical warfare can be developed much easier and with limited resources and easily attainable materials. There is a long history of governments all across the globe using chemical weapons against their enemies or even against their own citizens.

Weaponizing toxic chemicals is not something new, and the first case of massive use of chemical weapons dates back to World War I when the entire world witnessed what chemicals weapons can do. Such chemicals could do incredible harm to the world population if they were to be released into the air in crowded cities or into the water supply around the world.

However, chemical weapons are the lesser evil compared to biological weapons. The advances in technology humankind have made also led to the development of harmful pathogens or the engineering of common pathogens for weaponization. Malicious governments or researchers accidentally releasing such pathogens into the world will lead to mass causalities and will leave our world pretty vulnerable. 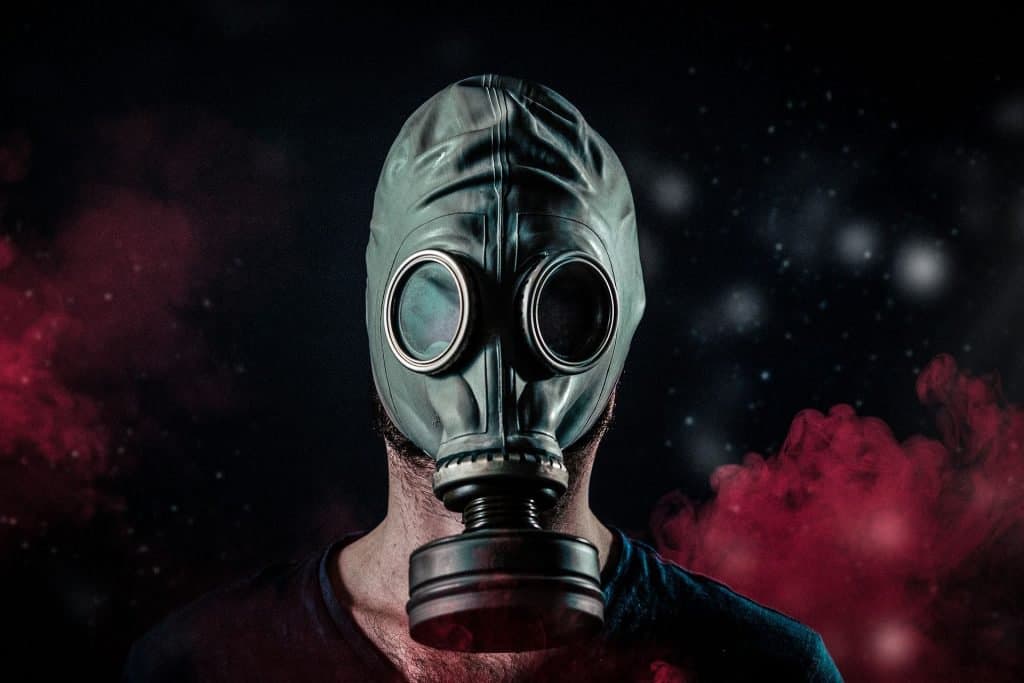 For the past two years, we have seen what a global pandemic can do and what started as an “isolated incident” in China soon managed to engulf the entire planet. However, plagues are not something new, and our planet has experienced a few in its history. In fact, certain plagues killed between 15 to 50 percent of the population in the span of a few decades.

Deadly diseases that can quickly spread around the world are quite rare, but as we’ve seen with COVID, they do happen. It is true that we might not experience something like the Black Death again thanks to the advances in medicine and technology we have today, but that’s in no way a guarantee.

In fact, outbreaks of SARS and Ebola from recent years showed us that we are not invincible, and the human population is still highly vulnerable to infectious diseases. And the fact that the antibiotics we are using against various diseases are becoming less effective should also become a general concern. 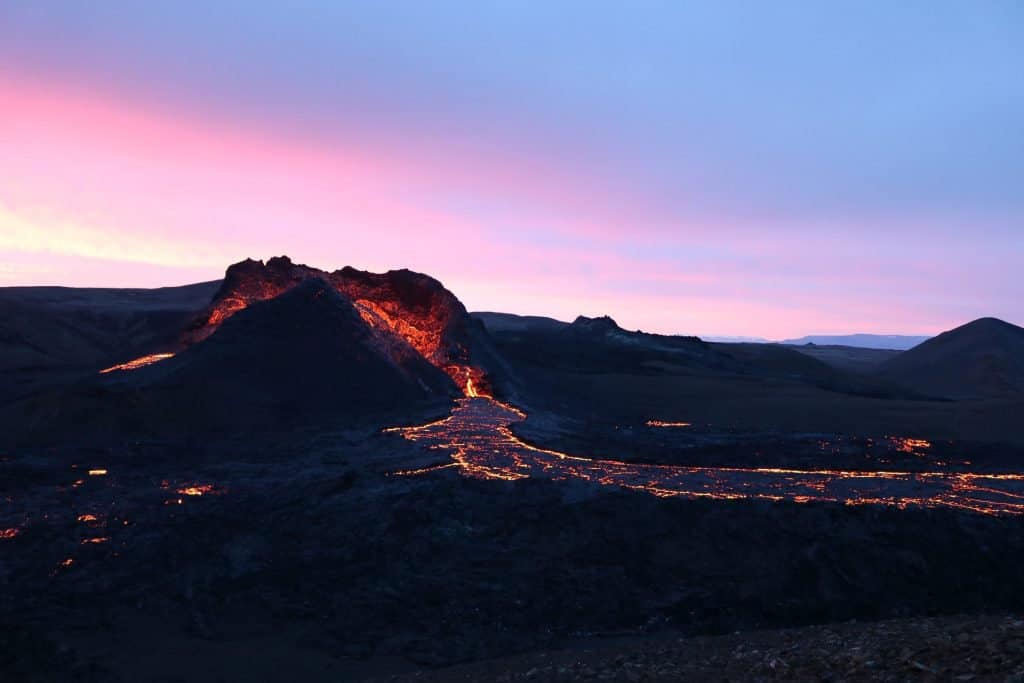 Supervolcanic eruptions are responsible for bringing an ice age, and around 74,000 tears ago, they caused an Earth cooling that obliterated a great deal of flora and fauna. Scientists say that a supervolcanic eruption occurs every 17,000 years or so, and if their research is correct, it means we are way overdue for one.

According to various reports, the last supervolcanic eruption occurred around 26,000 years ago in New Zeeland, and scientists are closely monitoring several areas of risk, including the Laguna del Maule volcanic complex, Yellowstone, and supervolcanoes like the Paektu or Uturunku.

The problem with such massive eruptions is that there’s no way to anticipate them more than a few weeks or months in advance, and there’s also no way to mitigate the destruction that they will cause.

The number of asteroids and super comets that travel through space is huge, and there may be objects revolving around our sun that we are unaware of. Some of these objects occasionally collide with distant moons or planets and even the Earth.

However, most of the celestial objects that hit Earth have a negligible size, and they do not cause any significant damage. An asteroid will need to be large enough in order to cause a global catastrophe and trigger an extinction event. For example, the one that killed the dinosaurs was so massive that on impact, it caused a fireball that circled the globe, killing almost everything in its path.

Scientists estimate that an asteroid even one-tenth the size of the one that killed the dinosaurs during one of the previous five extinction events can cause devastating events in today’s world. The dirt and debris it will release into the atmosphere will block the sun for months, leading to a famine that would kill billions.

NASA is in a constant race against time to map the observable universe, and back in 2011, they said the agency managed to map more than 90 percent of the near-Earth objects larger than 1 kilometer in diameter, and they also state that none of these objects are likely to hit our planet in the near future.

However, every year, there are objects in space that they fail to spot in time, and these rogue asteroids make the news as they’re doing a close flyby to Earth. The agency admits that there’s a lot they don’t know smaller objects that are likely to hit the planet. There are many asteroids out there that are not planet killers, but they are big enough to create a local impact and disrupt entire social and economic systems. 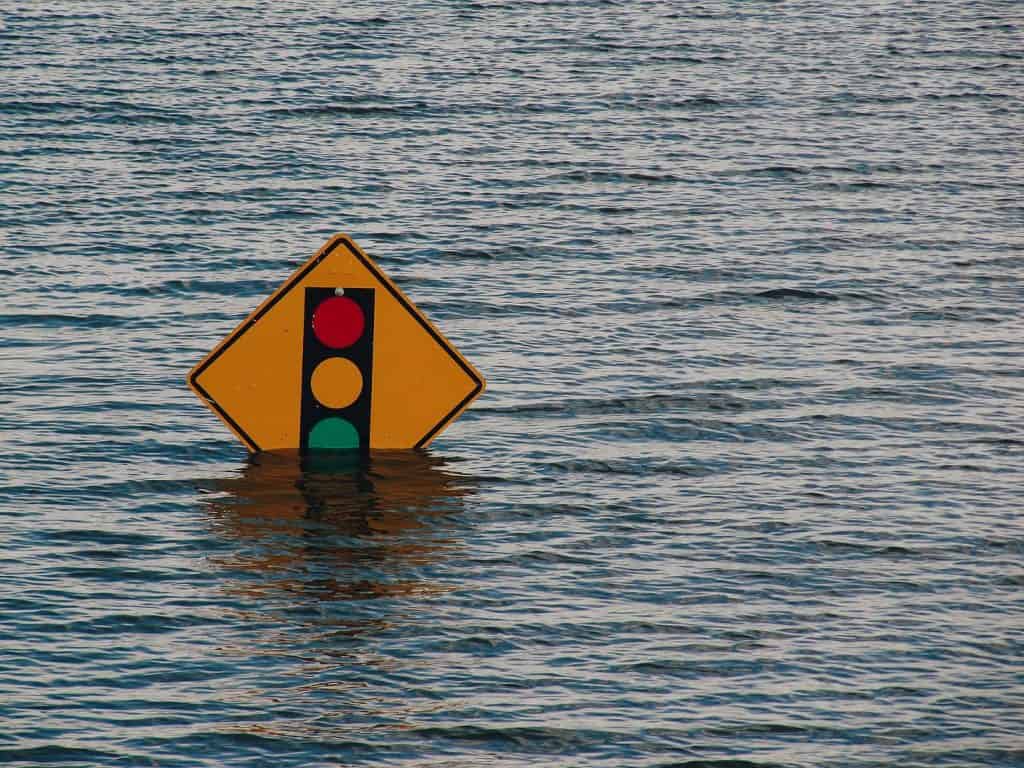 This is a topic we cannot ignore anymore, and the changing weather all over the planet and the erratic weather patterns unfolding each year are clear proof that our weather is changing and not in a good way.

The United Nations released a report saying that we have only 12 years to maintain global warming to moderate levels. All of them agree that it is almost impossible to reverse the effects of climate change and all the modeled situations and scenarios are grim.

There is an obvious increase in the frequency and severity of hurricanes and other natural disasters. Predictions suggest that we live to see the loss of the majority of global agricultural land and freshwater sources, with major coastal cities around the world ending up underwater.

As a result of climate change, food production may very well come to a stop in certain regions, governments will fall, and wars will be started due to lack of food. In fact, history has shown us that food was the major cause of wars thought our history, and as a civilization, we achieved progress only when there was a surplus of food.

Man-made disasters can take various forms, and the ill-intention of our peers may lead to the fall of human civilization and the world as we know it would come to an end. We have the ability to create a lot of harm to the environment, and we have ways to disrupt the social and economic systems that are currently in place.

We can scorch the Earth by lighting forests on fire, or we can bring the supply chain to a halt by hacking power grids, banking or fuel distribution systems, or by manipulating the allocation of resources and creating artificial scarcity.

The malicious intent of our fellow humans is hard to predict, and we aren’t prepared to deal with people that are governed by political or religious ideologies. Those with access to resources and those that find ways to do wrong will always figure out new practices to complete their agenda. I believe that long before we are forced to deal with life-changing, global natural disasters, we will be forced to mitigate the actions and deal with the outcomes created by our fellow humans.

Can we survive all of this? 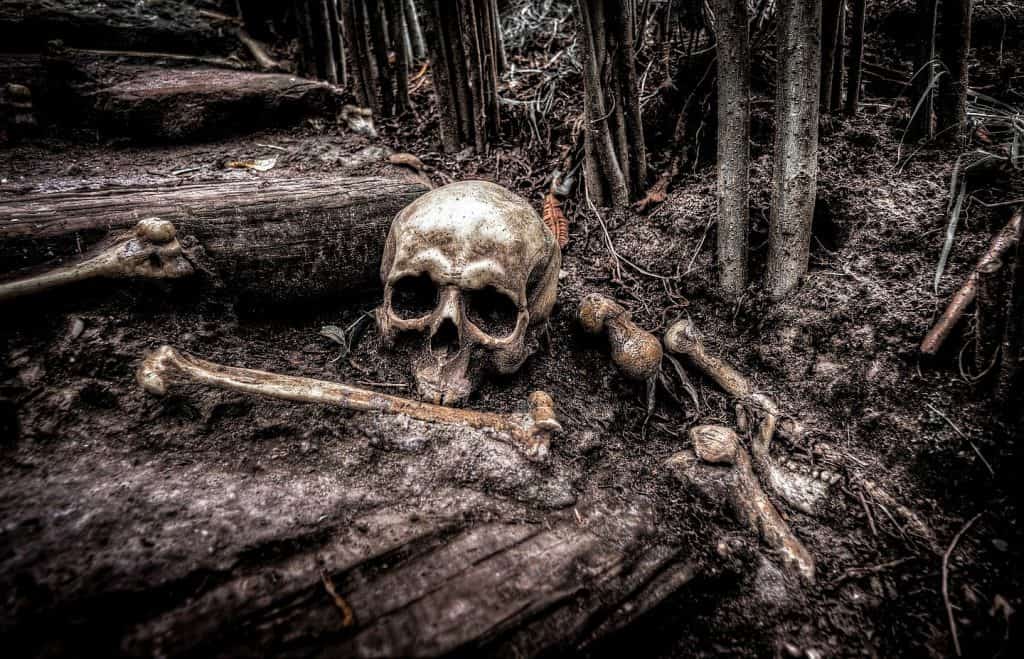 As preppers, we are doing everything in our powers to prepare for the worst, no matter what the future will throw at us. The question that troubles me sometimes is not if we, as individuals, will make it but will humans, as a species, survive?

We are large, warm-blooded animals that have lost their survival instincts, and we have become creatures of comfort. We can’t handle ecological disruptions well, and we can barely tolerate even small changes in our way of living.

Some believe that we can survive anything since we are easily adaptable and we have the technology and the means to change and transform the natural environment to our advantage. With enough warning time, we might even survive a mass-extinction event, but what everyone seems to forget is that we cannot save most of the population.

Let’s say something would wipe 99.9 percent of the global population. That would still leave around 8 million people around to pick up the pieces. The species may very well survive, but how will you make it for years to come if you would become “the last man on earth?”