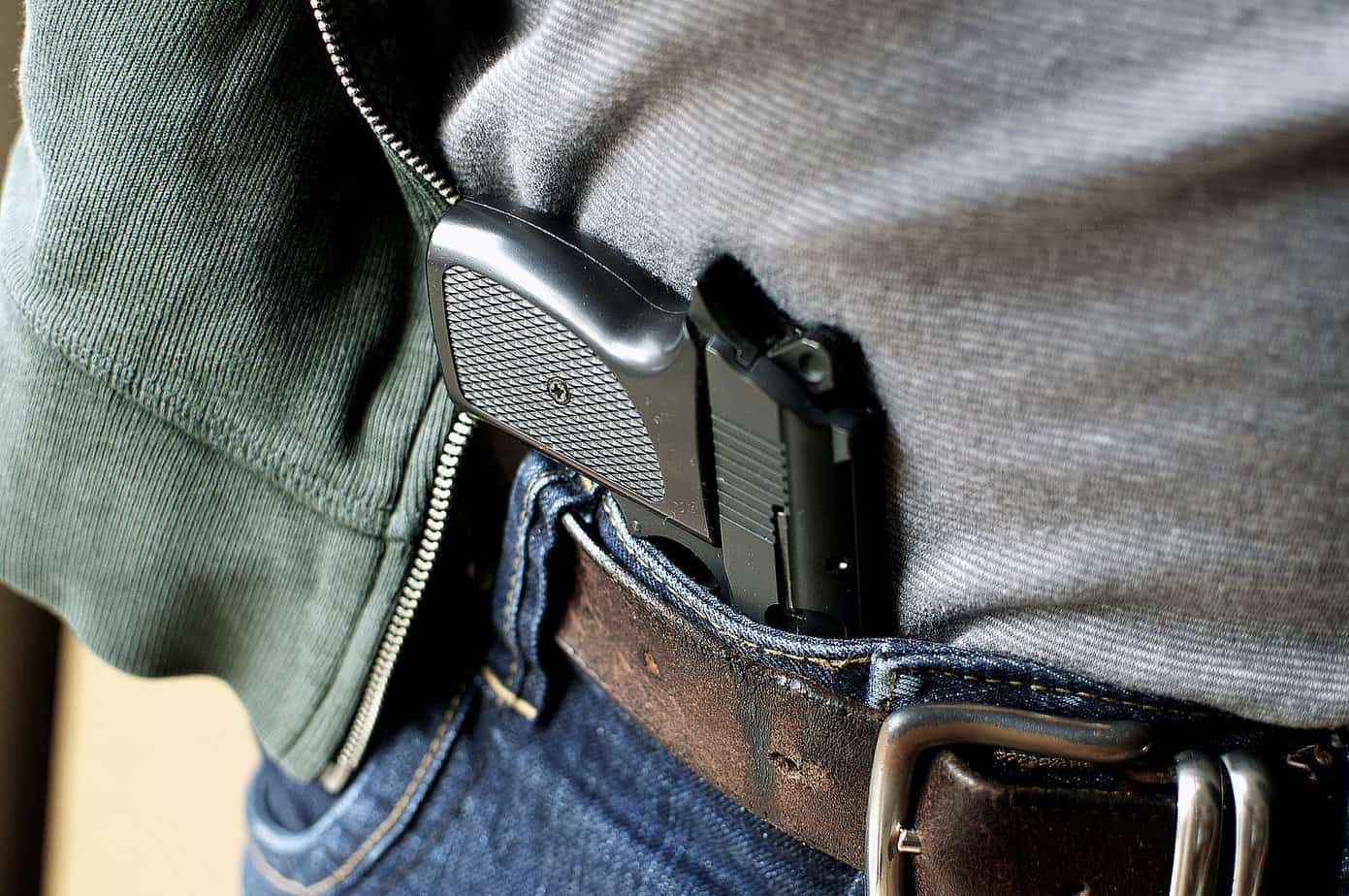 So, the time has come, and you followed up on your decision to buy a new handgun for everyday carry. The process may not be as easy as you thought since you have to figure out how to find the balance between comfortable and comforting everyday carry.

The process was a bit convoluted because suggestions on just what to buy were diverse, to say the least—from your friend who insisted that it had to be .45 ACP 1911 because, well, they don’t make a .46 ACP, to a gun store clerk who said a .22 LR semi-auto was fine because it was all about shot placement anyway. Somehow you found a good gun that fit your needs and abilities.

However, in all of the discussions about what gun and ammo would serve you best, nobody seemed to have much input on just how to carry said pistol. This is a concealed-carry gun, so the method of carry is pretty important. To help you do more than just wedge it in your pants gangster style, let’s take a few minutes and look at the best ways to carry your firearm concealed.

The primary word we must look at first is “concealed.” The entire purpose of concealed carry is to carry a pistol in a fashion that does not let anyone know you are carrying. Poorly concealed handguns can lead to serious problems. 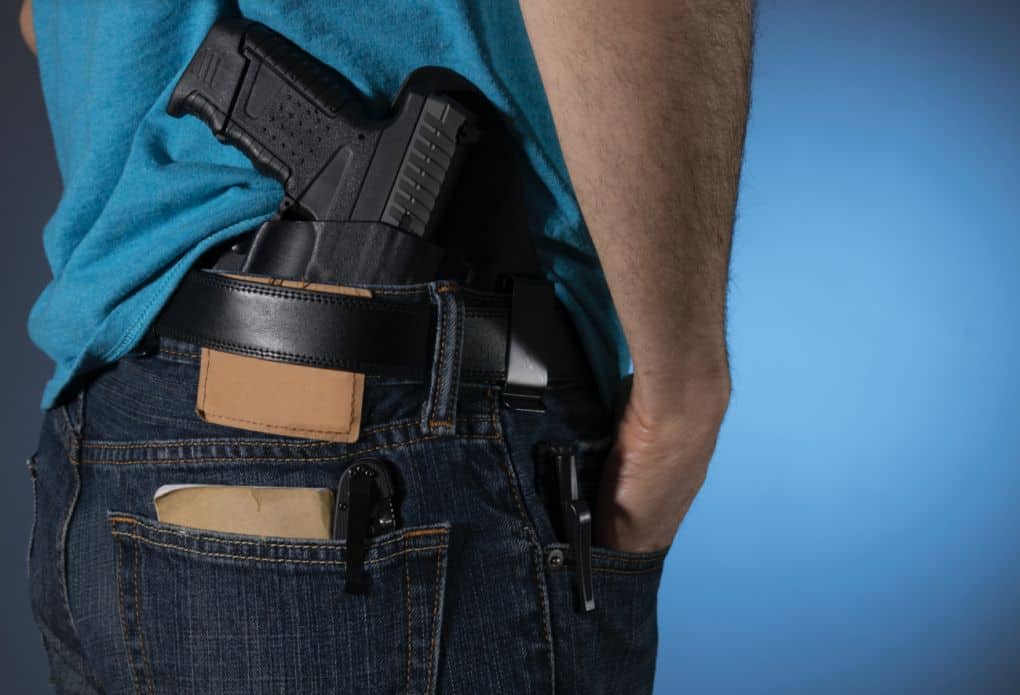 The first and most common issue we see is “printing.”

This is when your garments form around your pistol, and it becomes very obvious to everyone around that you are carrying a gun. Tight shirts and poor placement are generally the culprits here. While not classified as illegal in most places, it can result in nervous citizens calling the police because they simply see someone with a gun.

The next problem we see is unintentional exposure. An example of this is if a breeze catches your cover shirt and blows it open, momentarily exposing your handgun. Once again, while it cannot be truly defined as brandishing, it can draw unwanted attention and once again end up in a phone call to police. Of course, none of this is designed as legal advice.

My focus is on making sure that you enjoy the advantages of concealed carry without the hassles of doing it incorrectly. With that being said, let’s look at some of the most common carry methods to help you find the one that fits you best.

The most common location for concealing a handgun is along the waistline. This is a solid choice because it provides easy access to your gun with a fast and effective drawstroke. Where you carry on the waistline is a personal choice. There are generally three areas where people most commonly carry.

First up is on the hip. This places the gun in the general area where your arm naturally falls. This is the most common method because it is the same location most people use when they train with an open-style holster on the range and in classes.

The pros of this position are that it is easy to access your weapon should the need arise, and it allows for a simpler draw. The cons are that it can be uncomfortable for some people to have a gun on the side of their hip. This really becomes apparent when driving or sitting.

Another common option is in the 6 o’clock position, with your pistol in the small of the back (SOB). This area provides great concealment so long as your cover garment is appropriate. But it requires more reach and motion to access the gun. 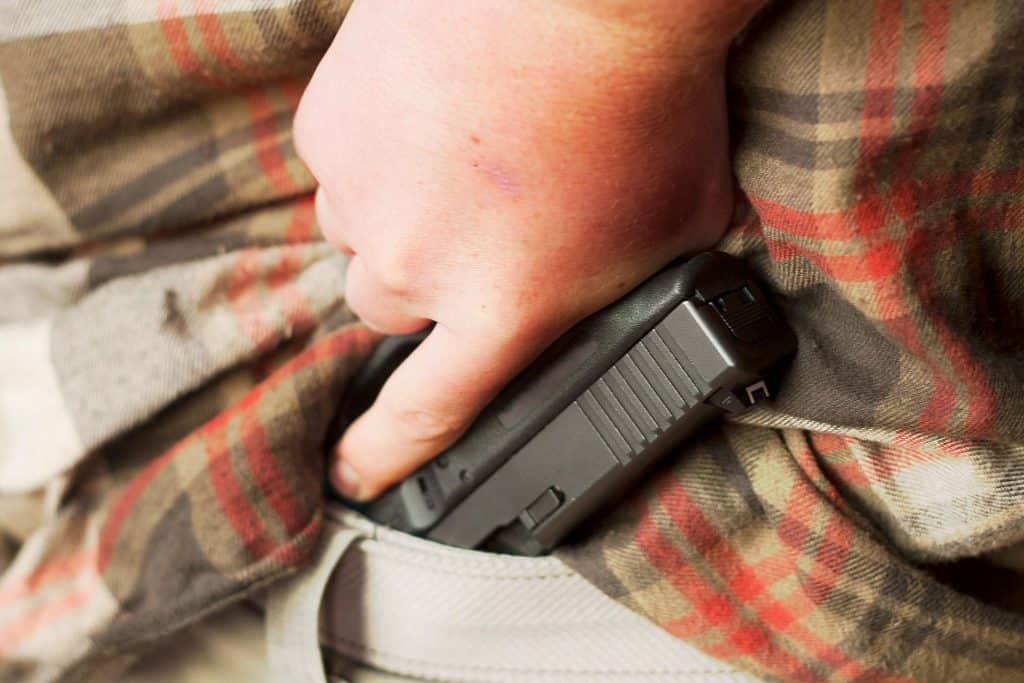 The final area we will look at on the waistline is called appendix carry. This method has the pistol holstered in front of your abdomen, usually just off of the center of the body. This is a very fast carry position that allows you to get your gun into the fight quickly.

The cons again come down to comfort. Sitting for long periods of time while carrying with this method can be uncomfortable. And muzzle orientation is critical. In appendix carry, the muzzle is oriented in a fashion that could cause serious if not lethal consequences should a negligent discharge occur. While I am not a naysayer nor advocate for this style of carry, it is something you should consider.

There are three other common styles of concealed carry we need to look at. First is the old-school shoulder holster. Once the gold standard for concealed carry, it has moved a bit into the antiquated category. The advantage here is comfort. A well-made shoulder rig can make it easier to carry a gun.

The disadvantage is that shoulder holsters are hard to conceal well. You can’t wear just a T-shirt or polo shirt with a shoulder holster. Additionally, it can be difficult to quickly draw a pistol from a shoulder rig without muzzling yourself or others.

Next up is pocket carry. This has become a popular carry style as more and more subcompact pistols hit the market. The pros are that it can be very comfortable and easy to carry in this position. The cons are that you must still use at least some sort of holster in the pocket. This, combined with a generally small area, limits you to very small guns light on capacity.

The last position we will discuss is ankle carry. Ankle holsters have been the go-to backup gun carry options for decades. These holsters provide exceptional concealment, but carrying in this position takes some getting used to, and like pocket carry, you’re generally limited to a low-capacity gun.

Of course, these aren’t the only concealed-carry methods. From women’s holsters connected to bras to men’s holsters built into underwear, the options are endless. I’ve only discussed the most common methods.

One method of carry I have left off is called “off-body” carry. This is when a person carries their gun in a purse or bag. While it is true that this does conceal the gun, you’ll run into problems getting to the gun quickly, and it’s very possible for an attacker to take your bag and gun. 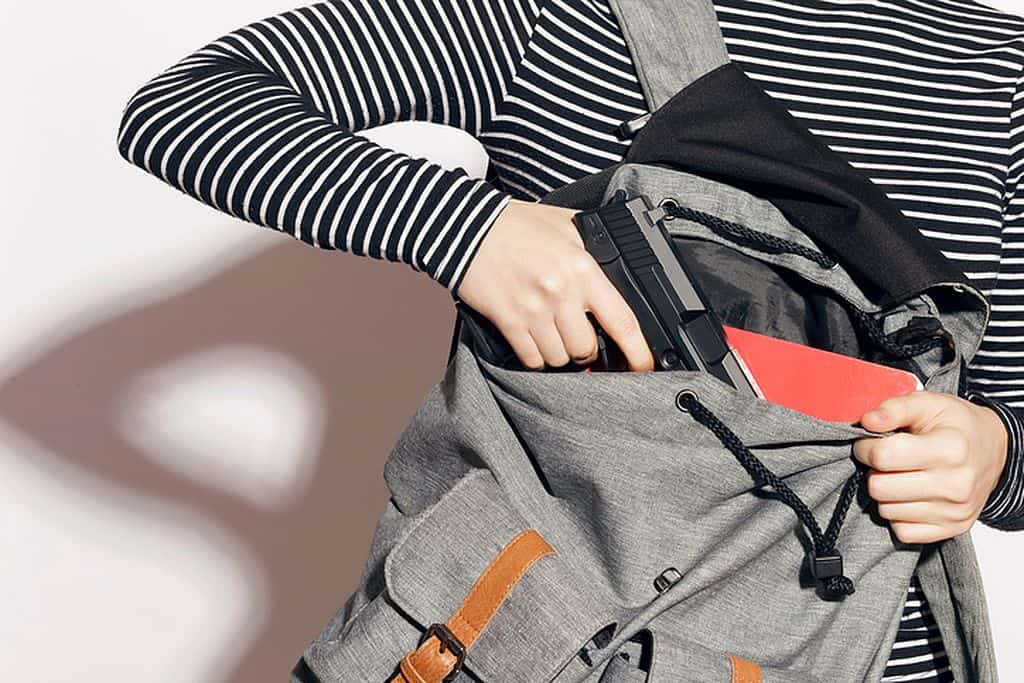 I hear attempted justifications for this carry style from many people, and the comments are always based on clothing options and how carrying a handgun is not possible with certain women’s clothing. 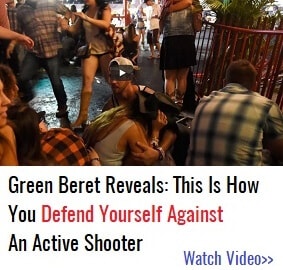 So, we have looked at the most common carry methods—how about some general tips to make the most of it?

It all begins with your choice of handgun. The gun you choose to carry must be selected carefully and meet several criteria.

The most important item: Will you actually carry it?

The desire by many to carry a large handgun because of its perceived power can lead to less-than-consistent carry. Large guns can be heavy and cumbersome to conceal. This is especially true for people with small frames.

It is also important that the gun be something you will actually train with. While a .500 S&W revolver will punch serious holes in things, it is also a bit of a bear to master.

The same can be said for many micro-sized pistols. Their lightweight and sometimes long trigger pull make them snappy and unpleasant to shoot. This leads to a lack of training time, which can be catastrophic.

A general rule is to choose a handgun that falls into these parameters: 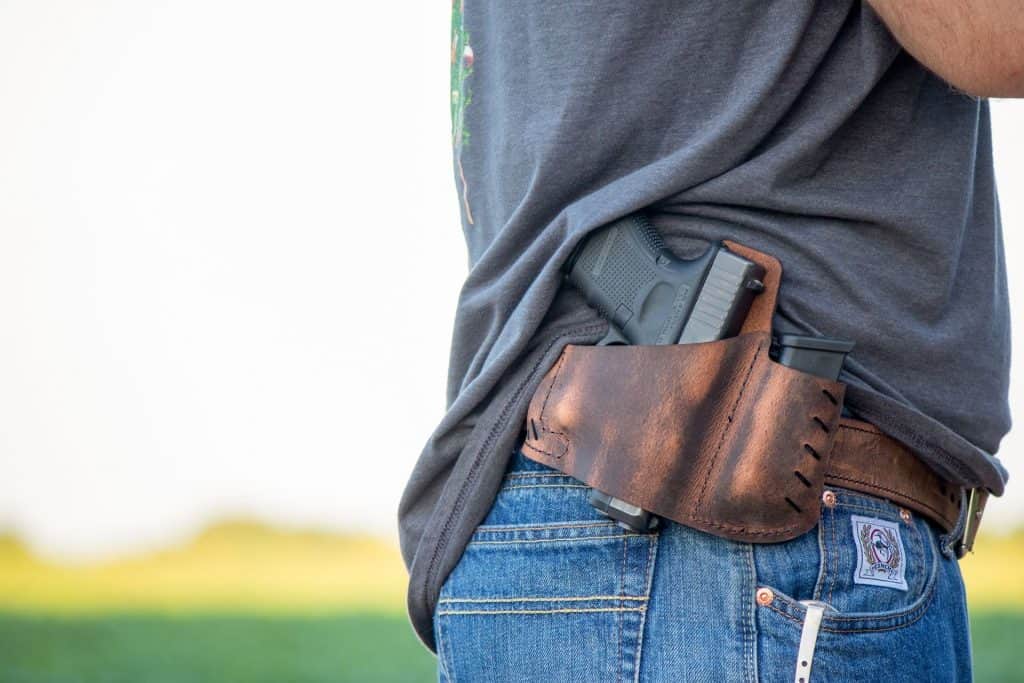 The second part of our successful concealed-carry formula deals with holsters. The topic of holsters is one that could easily fill an encyclopedia.

Opinions range from mild to wild and everything in between. Instead of going into which company to choose, I will instead give you some general guidelines:

The last part of the equation is clothing. Choosing the right clothing to conceal your weapon is important.

Clothing should be worn loose enough to not only avoid printing, but also to allow quick access to the weapon should the need arise.

I encourage people to buy pants that will comfortably accommodate the extra mass of a handgun if that is your chosen carry method. That may mean you buy them one size larger than you normally would. The same may go for skirts and shirts. It all depends on your size and build.

I would also like to offer some personal advice: Don’t advertise.

What I mean is, try to blend in with the general population. While your handgun may be concealed, the fact that you are wearing tactical cargo pants, a rigger’s belt, tactical boots, a “Death From Above” T-shirt, and a “Molon Labe” hat are a bit of a giveaway.

While I will never tell people what to wear, I would encourage you not to stand out in a fashion that says, “I am probably carrying a gun.” You make yourself an easy target for a thug who may be preparing to commit a crime.

Concealed carry is something I advocate. It allows you to carry a weapon that could ultimately save your life or that of a loved one. It is a huge responsibility that requires professional training to become proficient.

You must master the art of presenting your weapon as well as understanding the laws that go with it. In the end, though, the effort you put into the choice of gun, carry style, holster, and clothes will serve you well and bring you comfort both physically and psychologically.