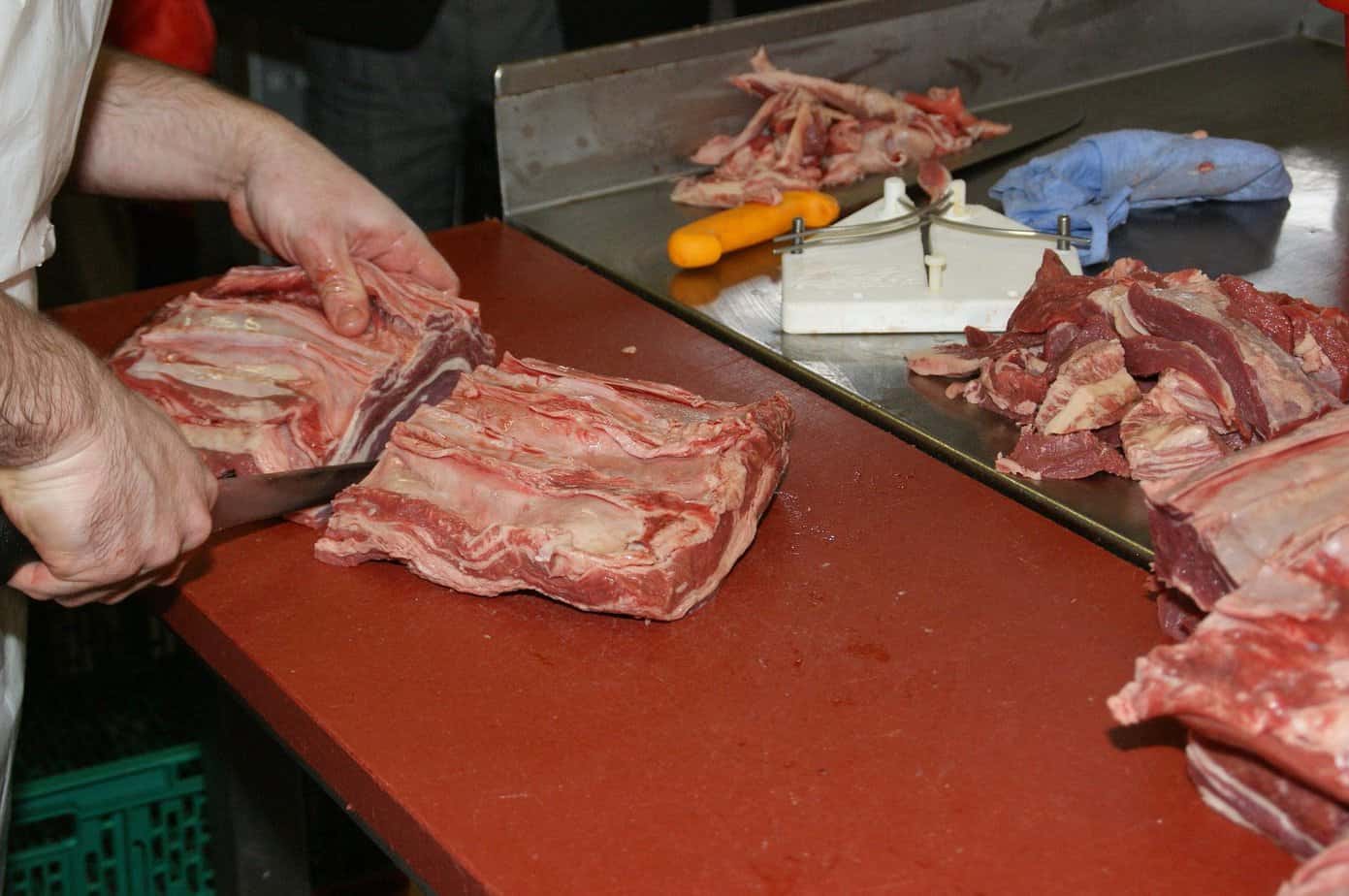 Most homesteaders and small farmers are quite self-sufficient. Many raise their own chickens for eggs and meat, plant large gardens to grow their vegetables, and have sheep or goats around to keep the grass down in the pasture and provide delicious, protein-rich meals.

For some reason, however, many are uncomfortable with the thought of butchering any livestock over the size of a chicken or rabbit. The task just seems daunting to them. “Where would I even start?” is a common thought.

Most are also concerned about the gear needed to turn a deer, lamb, or goat into freezer-ready meat.

Is an expensive bone saw necessary?

What about a butchering table?

If you’re worried that butchering might be too complicated, take heart. I’ve been butchering my own deer for decades and have “processed” dozens upon dozens with nothing more than a gambrel, a couple of knives, and a grinder—none of which are big-ticket items.

Over the years, I’ve found “muscling them out” is by far the easiest and most effective method. Here’s how. 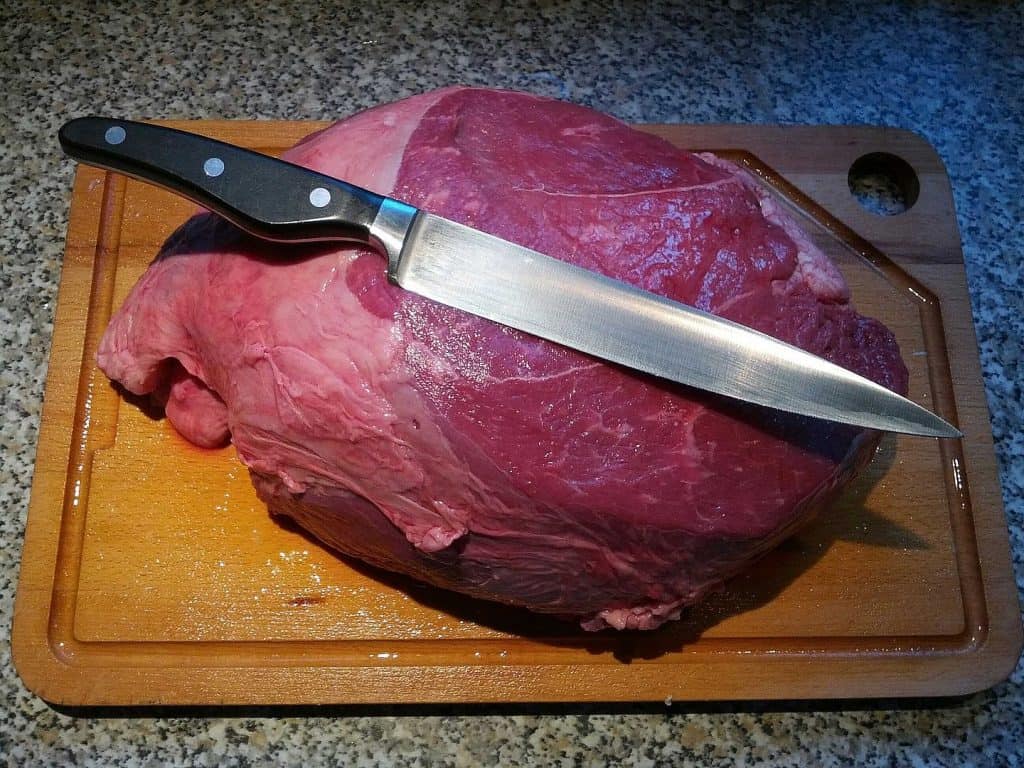 Before we get down to the nitty-gritty, you will need a few supplies to get started. While not necessary, it’s really handy to have a way to hang the animal while you work on it. A nearby tree limb, rope, and gambrel is really all you need. Gambrels are devices made to attach to an animal’s back legs so that it hangs head down, and they’re available at Walmart and most sporting goods stores.

Butchering can be done from start to finish with a single hunting knife, but having two knives is better. One should be a heavy-duty hunting knife for gutting, skinning, and dismembering. 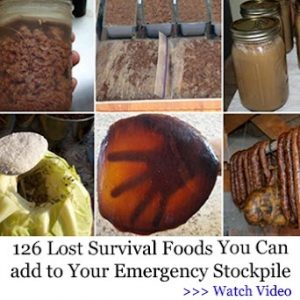 The second should be a good boning knife, although a fish fillet knife will work as a boning knife.

A grinder is another necessity that can help you avoid wasting any meat. If you’re only going to grind a few pounds of meat, an old-fashioned hand grinder is the cheapest option. Electric grinders are handier and don’t have to cost a ton. You can find many small electric grinders available for under $50.

Packaging is another necessity. Many people still use old-fashioned butcher paper. Zip-style plastic freezer bags also work, but when I use those, I double-bag the meat to avoid freezer burn. Even better is a vacuum packer, which is a bit of an investment but will pay off in the long run.

Lastly, of course, you need something to butcher. Whitetail deer are so common nowadays that it’s not all that complicated to kill one during open season. Butcher-sized lambs and goats, if you don’t have any of your own, can often be found on Craigslist, offered for sale by those who raise more than they can eat themselves.

Since you’ll be doing the work yourself, the prices are generally quite low compared to what you would pay at the butcher shop.

To start out, of course, you need to dispatch the animal. For deer, that’s accomplished through hunting. For lambs or goats, you’ll need to do some research and decide what method is best for your purposes.

Once the animal is dead, you’ll need to gut it—that is, remove all its entrails. While we won’t discuss this in-depth because it could be a feature story of its own, simply cut the animal’s belly open—just to the depth of its skin, as you don’t want to slice into the organs—from brisket to hindquarters and remove everything inside.

Next, you’ll need to skin the animal, and there are plenty of videos available on the internet to help. You’ll also need to remove the feet at the knee joint of all four legs.

My butchering method is different from how many others do it because I don’t use a saw or cut any bone in the process. That makes the job easier since it requires less equipment and alleviates the possibility of getting bone shavings in your meat. 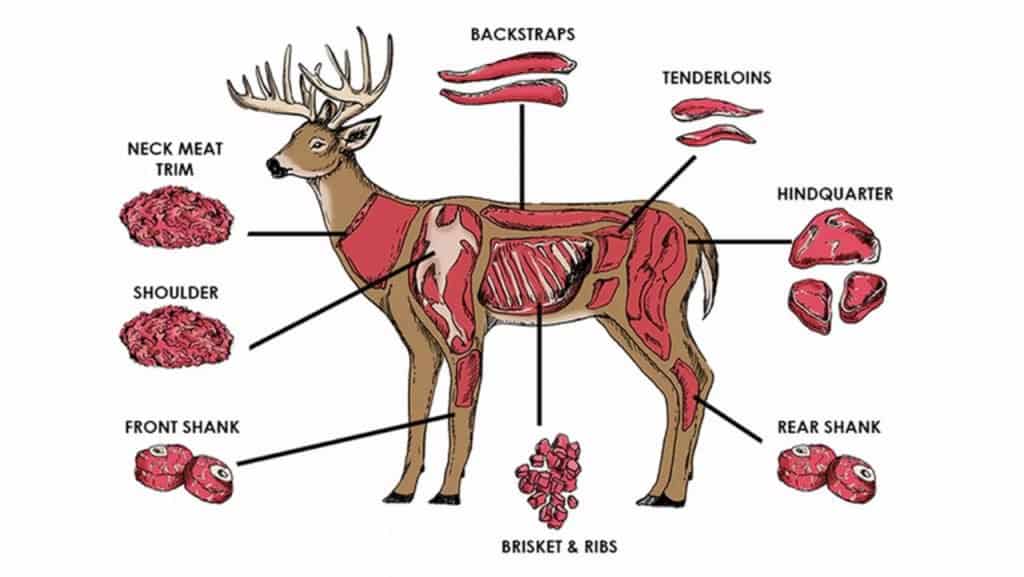 Next, cut the backstrap loose at the shoulder, then pull it away from the carcass while using your knife to cut the little bit of meat that didn’t get separated in your two initial cuts. Getting the backstrap out in one long piece takes a little practice, so you want to be very careful with it, as it provides some of the best meat of all: juicy, tender chops. Repeat on the other side for the other backstrap.

This is a good time to take the two tenderloins located along the spine inside the body cavity. Just cut around them and pull them free. These are the very best cuts from the animal: the filet mignon.

This is a good time to remove the rest of the meat from the front half of the animal. If it’s big enough that the ribs have lots of meat, you’ll need to use a saw to cut the ribs out.

If it surprised you how easy it was to remove the front quarters, you’ll be even more surprised to learn how hard it is to remove the hindquarters. If you have a saw, this is a good time to get it out. If you don’t, you’ll just need to pull the hindquarter away from the body and work your way around with a knife until you expose the ball-and-socket joint.

Once you get that separated, the rest is easier. Be careful when removing the hindquarters so that you waste as little meat as possible. You’ll need to hold on tight at this point as it’s easy to drop the heavy hindquarter in the dirt when you cut the last bit of meat holding it on.

Now, it’s time to move into the house to do the actual meat cutting. If you have a refrigerator to age your meat in, that will make it more tender. We age ours for two or three days in an ice chest covered with ice before we start cutting it up and packaging it.

While you might think you’ll be creating a mess, if you’re careful through the process, you won’t. My wife was skeptical the first time I butchered a deer on her kitchen counter, but after I left the kitchen cleaner than when I started, she had no problem with it at all. 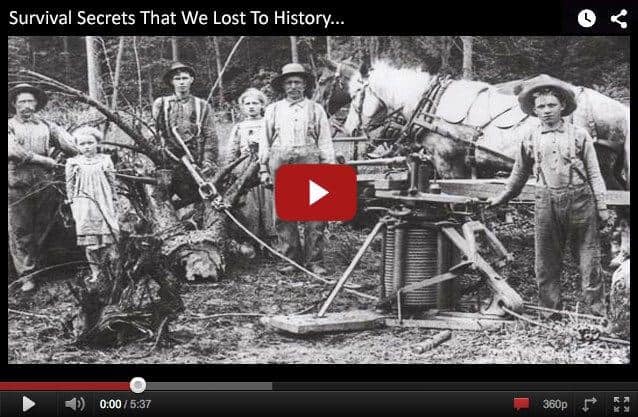 Starting with the tenderloins, simply clean them well and put them in a bag suitable for the freezer. Backstraps, which are mainly one long muscle each, are also quite simple. Clean them up thoroughly, then decide how much meat you’ll want in each package.

If you like 1-inch chops and usually use about six chops for a meal, cut backstraps into 6-inch long pieces for freezing. Put them in the size bag you prefer, just as you did the tenderloins.

When ready to use, thaw and cut into six 1-inch steaks. I leave on fascia (the fibrous white covering of the muscle) to protect the meat from freezer burn, then I cut it off before cooking. Be sure to put any scraps that you removed into the grind pile; they’ll make your next batch of chili outstanding!

Now, turn your attention to the quarters. Until the first time someone showed me how to butcher a deer, I was unaware that God already has all the meat packaged in advance. When looking at a front or hind quarter, you’ll see light-colored lines running through them.

Make a nick along one of those lines, and you’ll see that this is where two muscles come together. Your job is to carefully and gently carve the hindquarter apart one muscle at a time.

Each piece you remove will be enclosed in fascia—basically its own little “package.” While some people remove this, I leave it until later as I do on the chops. It’s easy to remove when you thaw the meat.

Once you’ve got all of the individual muscles off of the hindquarter, you should have a pile of muscles of various sizes. The smaller ones that won’t make steaks or roasts should go into your grind pile.

Also, remove whatever meat might be left on the bone and add it to the grind pile. There are a couple of large hindquarter muscles—one rectangular and flat, the other thick and roundish—that you can leave intact for roasts if you want.

While both are good for roasts, the round one is also great for slicing into steaks of whatever thickness you prefer. Package all the hindquarter meat you can use as roasts or steaks. The rest goes into the grind pile. 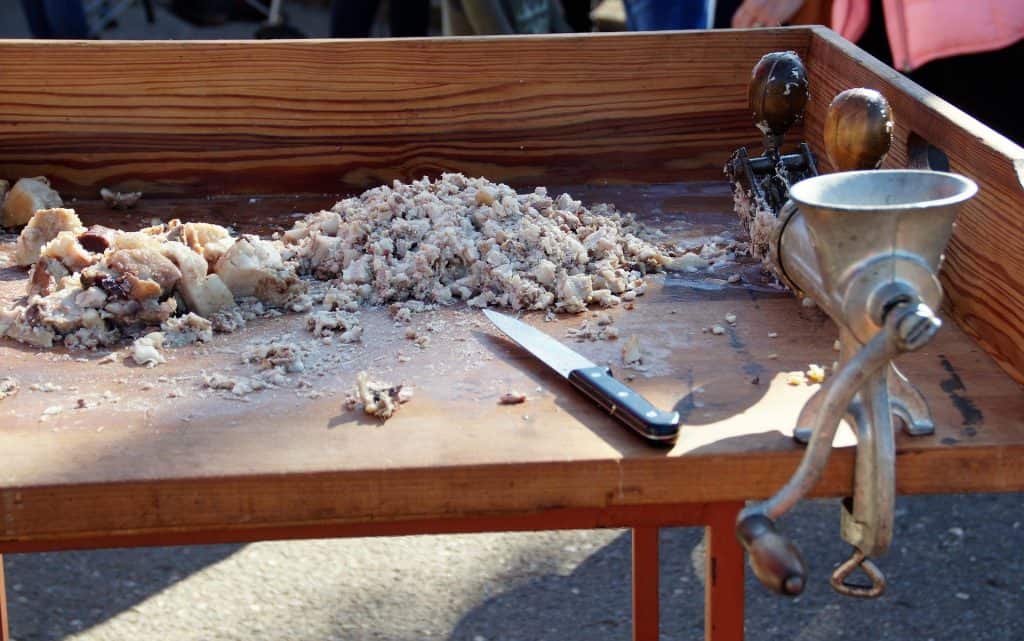 Now, you should be left with a big pile of meat to grind. Clean it up as well as you can—make sure that you get all the hair and blood off—and cut out as much gristle, tendon, and other stuff as possible.

Then, cut it into grinding-size chunks and run it through the grinder. Keep a scale handy, so you can put your ground meat in whatever size packages you use most often.

If your grinder has more than one cutting wheel, you can grind it to different textures—coarser or finer depending on what you prefer.

All you need to do at this point is dispose of the pieces you have left (mostly bone and trimmings not deemed good enough to grind) and clean up the counter.

I double-bag the bones from the quarters in large trash bags and put them into my dumpster for the waste collection company to haul off. If it’s going to be a while before the trash runs, put the bags in the freezer until the night before to avoid odor.

Finally, use bleach to clean up your work area, so you leave the kitchen spotless. That way, the next time you want to butcher something, you’ll be granted approval from your significant other since you left the kitchen cleaner than you found it the last time!

This article was submitted by Donald Herwig.