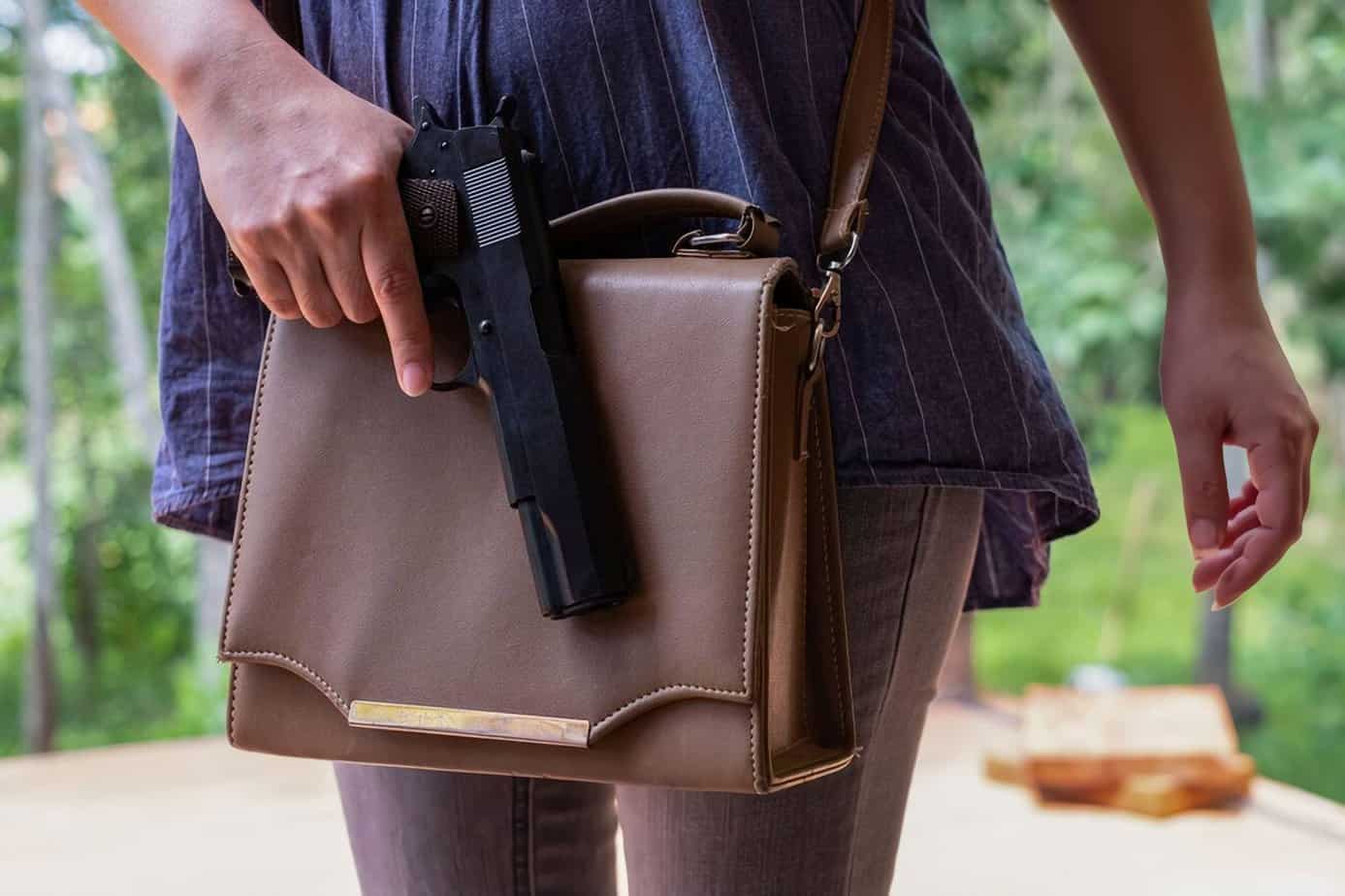 Our country is currently in an unpleasant state of uncertainty and confusion. As a result, tens of thousands of worried citizens are arming themselves with hidden firearms. However, a lot of folks are making concealed carry mistakes that they will end up regretting one day.

As romantic as it may appear to the uninformed, carrying a lethal weapon carries both legal and moral responsibilities. When deadly force is involved, the criminal and civil consequences for error are fairly serious, and I urge anybody considering concealed carry to avoid the following potentially disastrous blunders.

The stakes are too great to leave things to, so read ahead and take notice!

Contents hide
1 Concealed carry mistakes
1.1 Believing too much in yourself
1.2 Making the confusion between concealment and effectiveness
1.3 Picking the wrong holster
1.4 Obsessing over accuracy instead of stopping power
1.5 Assuming that JHPs expand in both human and artificial targets
1.6 Ignoring unconventional bullet designs
1.7 Presentation Errors on the Strong and Weak Side
2 Concluding

Believing too much in yourself

Many people believe that all they have to do is attend a CCW class, “get their ticket,” and bingo! They’re now ready to hit the streets, feeling completely safe.

Unfortunately, they are far from being right, and if they are involved in an actual armed incident, they may be dead wrong…literally. Even if they are lucky enough to survive, they may face criminal charges, followed by a long, painful, and expensive civil battle.

Some CCW regulations require candidates to attend a program that includes a written exam. Keep in mind, however, that these classifications are intended to shield the issuing authority from criminal and civil culpability, not you.

Carrying and using a hidden handgun effectively is not leisure plinking or competition shooting. It’s also not military combat, though there are plenty of ex-military professionals attempting to teach it these days.

The vast majority of concealed carriers are ordinary citizens, not police or soldiers. Unfortunately, many instructors are the byproducts of their training, which means that much of what they know is inappropriate for civilians.

Tactics and techniques developed for the military or police are frequently incompatible with those required by civilians. Teaching civilians military or police procedures can be potentially misleading and lead to major tactical, criminal, legal, and civil problems. 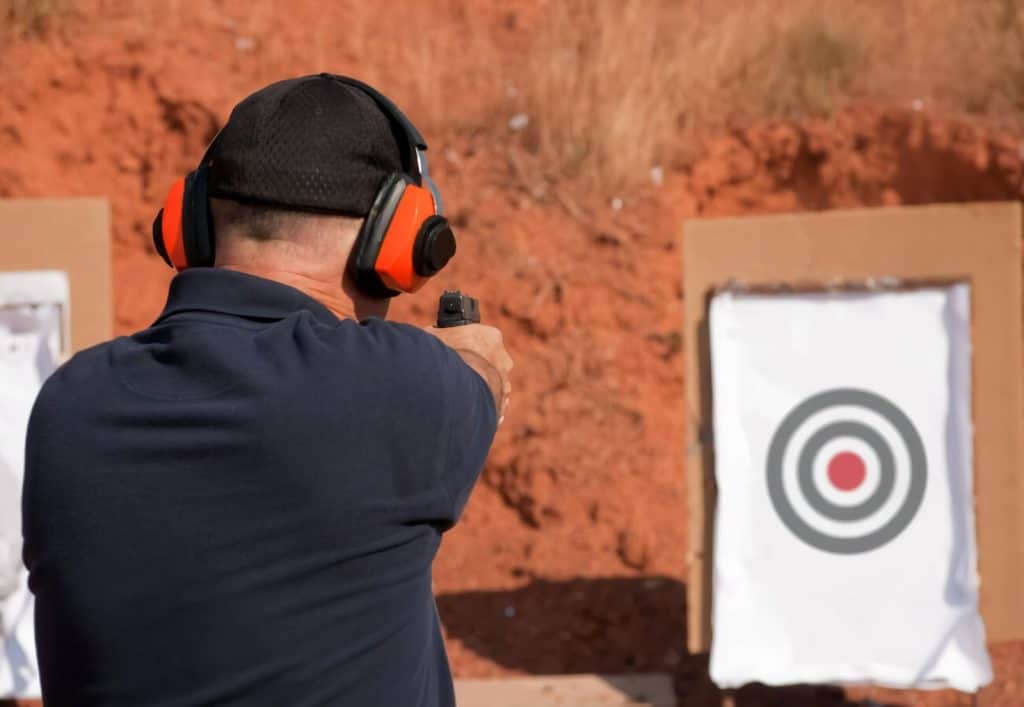 Training with a local firearms enthusiast or competitive shooter is likewise a risky move. Such people are usually competent at what they do, but the problem is that they don’t fully understand actual tactical shooting or the criminal and civil responsibility risks that come with it.

So, if you want to be fully trained and prepared, train with a teacher who has actually worked in the real world and can correctly use his or her knowledge and expertise in the best way possible to benefit civilians.

Such training should encompass more than merely standing on a firing line and firing bullets downrange, which anyone can accomplish.

Mistake clearing drills, responses to the left, right, and rear, failures to stop, multiple targets, small or partial targets, and a strong emphasis on situational (scenario) and judgment shooting should all be included.

It should also contain a thorough discussion of stopping power versus simply lethality, proper weapon, ammo, and auxiliary equipment selection, what to do when the authorities arrive following a deadly encounter and the psychological consequences of using deadly force.

“Life and death are serious business too serious to be left to amateurs,” a wise man once said. It’s true, so you better believe it.

Making the confusion between concealment and effectiveness 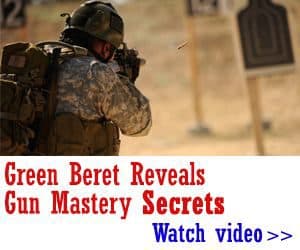 Another common but dangerous mistake is associating a gun’s concealability with its effectiveness.

Unless your concealing requirements are highly specialized, the old adage “the smaller the gun, the less efficient it is” holds true. This is a mistake that far too many wannabe CCW carriers make.

Pocket pistols are small and easy to conceal, yet they are inefficient weapons. For starters, they’re too little to handle properly.

Then there’s the fact that it’s chambered for anemic cartridges like.22,.35 ACP,.32 ACP, and.380 ACP. These all have a rightfully bad reputation for stopping power.

Next, the majority of them have no sights or have sights that are so small that they are practically worthless.

Subcompacts and small-frame revolvers suffer from the same flaws, though some have stronger sights and are chambered with cartridges designed for tactical use.

However, their small barrels make reliable JHP expansion an extremely elusive goal due to the lower muzzle velocity they produce. Furthermore, because the majority of them have a shortened grip frame, controllability, which is the governing factor in fast, precise shooting, suffers as well.

The tactical handgun’s objective is to give its wearer the ability to immediately destroy a deadly threat in as little time as possible, with as few shots fired as possible. The weapon’s effectiveness at this duty must be our main priority. As a result, concealment is a secondary concern.

As a result, a full-sized service pistol or, at the absolute least, a commander-sized gun is a superior choice for the great majority of concealed carry functions.

It boasts better sights and a longer sight radius for optimum high-speed accuracy, as well as the higher muzzle velocities required to maximize the possibility for JHP upset. In short, it outperforms a pocket pistol, subcompact, or small-frame revolver in every way. 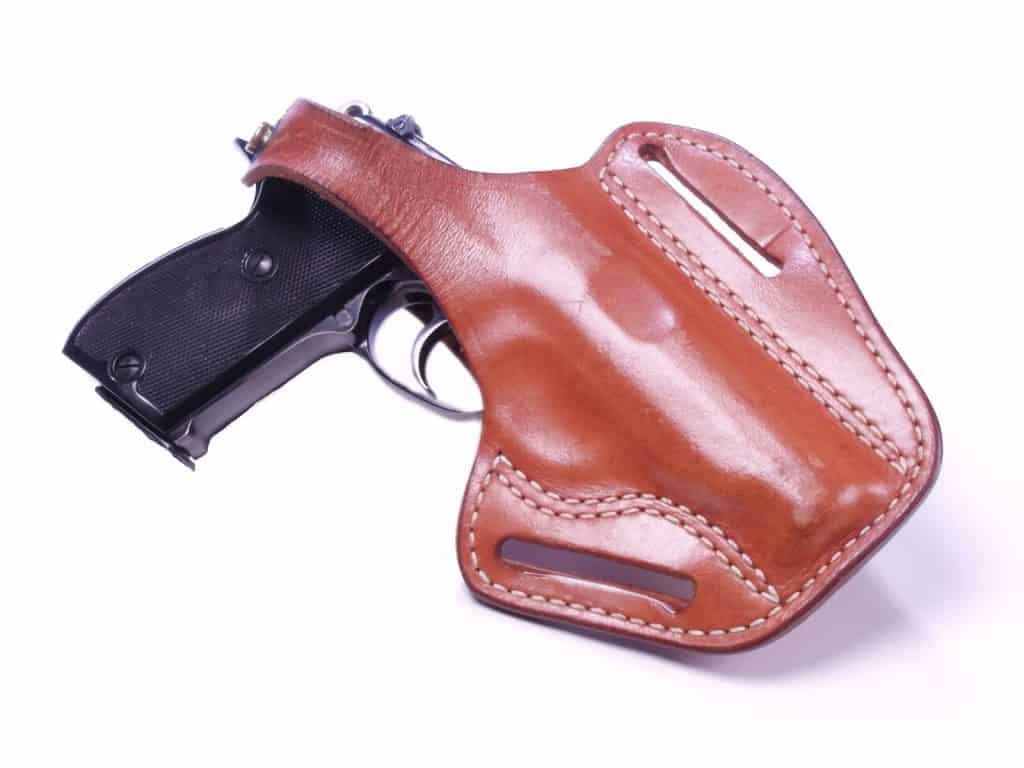 Many inside-the-waistband (IWB) rigs lack the ability to connect the holster to the wearer’s belt, instead relying on a simple spring clip rather than a belt loop, resulting in the holster being drawn along with the gun.

Many of the paddle holsters on the market now are in a similar condition. If you choose one, ensure the paddle secures the holster to the belt during a rapid weapon presentation.

Ankle rigs are primarily meant for a second or “backup gun,” which is useless for civilians unless the wearer’s lifestyle is extraordinary. Furthermore, an ankle holster is severely limited in that it can only hold a small gun and is excruciatingly slow to draw from.

Obsessing over accuracy instead of stopping power

No one disputes that a serious handgun should be accurate, although the word is frequently misused. Shooting tiny groups is entertaining and shows that the shooter understands sight picture, sight alignment, and trigger control, but it means little in a gunfight.

As a result, anything that diminishes the gun’s mechanical reliability (“tightness” to improve accuracy) or demonstrates high accuracy at the expense of terminal ballistic performance against a living target should be avoided.

The fact is that if a particular handgun can hit a guy in the chest at 50 meters, it is far more precise than any shooter, especially in the heat of battle. So, proceed with caution since the term “accuracy” can be potentially misleading. What’s important is usable, practical precision without sacrificing mechanical reliability.

Assuming that JHPs expand in both human and artificial targets 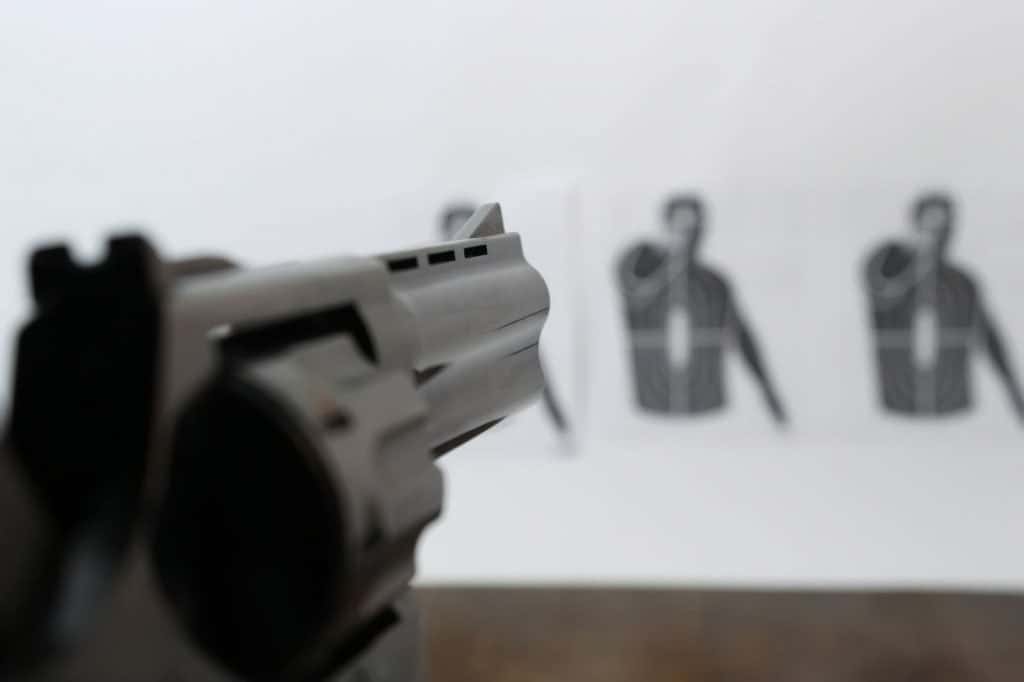 Too many shooters believe that JHPs are good if they expand in artificial test mediums like ballistic gel, wet phone books, water jugs, sand, dirt, clay, or Duxseal.

However, this is not a true quantification of bullet performance. Humans are multi-medium targets, with skin, fat, bones, muscle, and a range of internal organs that vary in mass and composition. The truth is that whether or not a JHP grows is nearly entirely determined by what it encounters as it penetrates the target.

Many JHPs are retrieved after autopsies that exhibit almost no growth.

They didn’t come across anything dense enough to upset them. Furthermore, several are discovered sideways or even upside down in the bottom of the permanent wound channel yet are unexpanded.

Pistol bullets are hardly stabilized in flight, and their fast deceleration after impact and initial penetration frequently leads them to tumble after only a short distance into the target. As a result, it doesn’t really matter what kind of JHP design is employed, because the tip of the bullet is immediately removed from play.

Another factor is that the shorter the barrel of the gun, the lower the muzzle velocity. All frangible bullets (JHPs, JSPs, and so on) are crucially dependent on velocity to some extent, with the speed of sound (1,088 feet per second at sea level) being the acknowledged norm.

If the bullet never reaches supersonic velocity or falls below it, JHP expansion becomes unreliable.

One solution is to use ammunition with a non-traditional bullet design rather than the standard lead-core, copper-jacketed JHP. Such designs are more prone to upset, but at the expense of reliable penetration into important organs.

Such penetration is crucial to ensuring that the bullet’s intrinsic energy is dissipated, where it has the greatest chance of stunning the central nervous system into incapacitation. This is also known as “stopping power.”

Dynamic Research Technologies is one business that manufactures a frangible bullet with an unconventional design that dependably penetrates crucial organs before upsetting (DRT).

DRT bullets almost always make it to key organs before upsetting, ensuring that all of the bullet’s energy is utilized where it will be most effective. Another advantage is that the bullet is not very penetrative or prone to ricochet.

Presentation Errors on the Strong and Weak Side 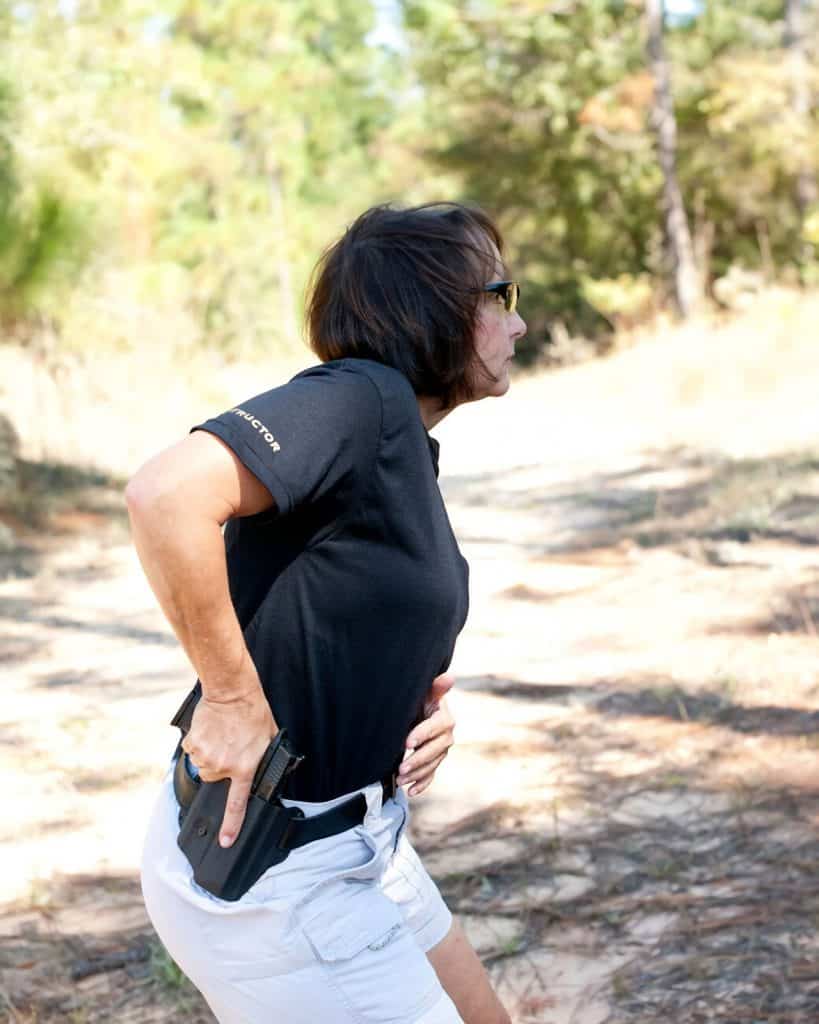 There are certainly numerous ways to draw a handgun from a holster, but concealed carry makes them more critical and also complicates them.

If you carry on the strong side and your outfit is “closed front,” make sure to grip the hem with both hands to lift it away from the pistol. Doing so with one hand increases the likelihood that the garment will not fully clear, causing the gun to snag in it as it clears the holster and begins to move forward.

If you prefer the weak side (cross draw), make sure you “roll” the gun beneath the non-firing arm before intercepting and grasping it with the non-firing hand. If you don’t, the muzzle will “sweep” across your non-firing arm, which is a severe safety threat during a high-speed presentation.

These are some of the concealed carry mistakes you should avoid. There are more than those mentioned here, but they are sufficient to illustrate the issue at hand.

Don’t take concealed carry lightly; it’s a serious business, and mistakes can easily end in your death, jail, or the loss of your assets in a civil suit. All three are avoidable if you apply your common sense and make the appropriate decisions.